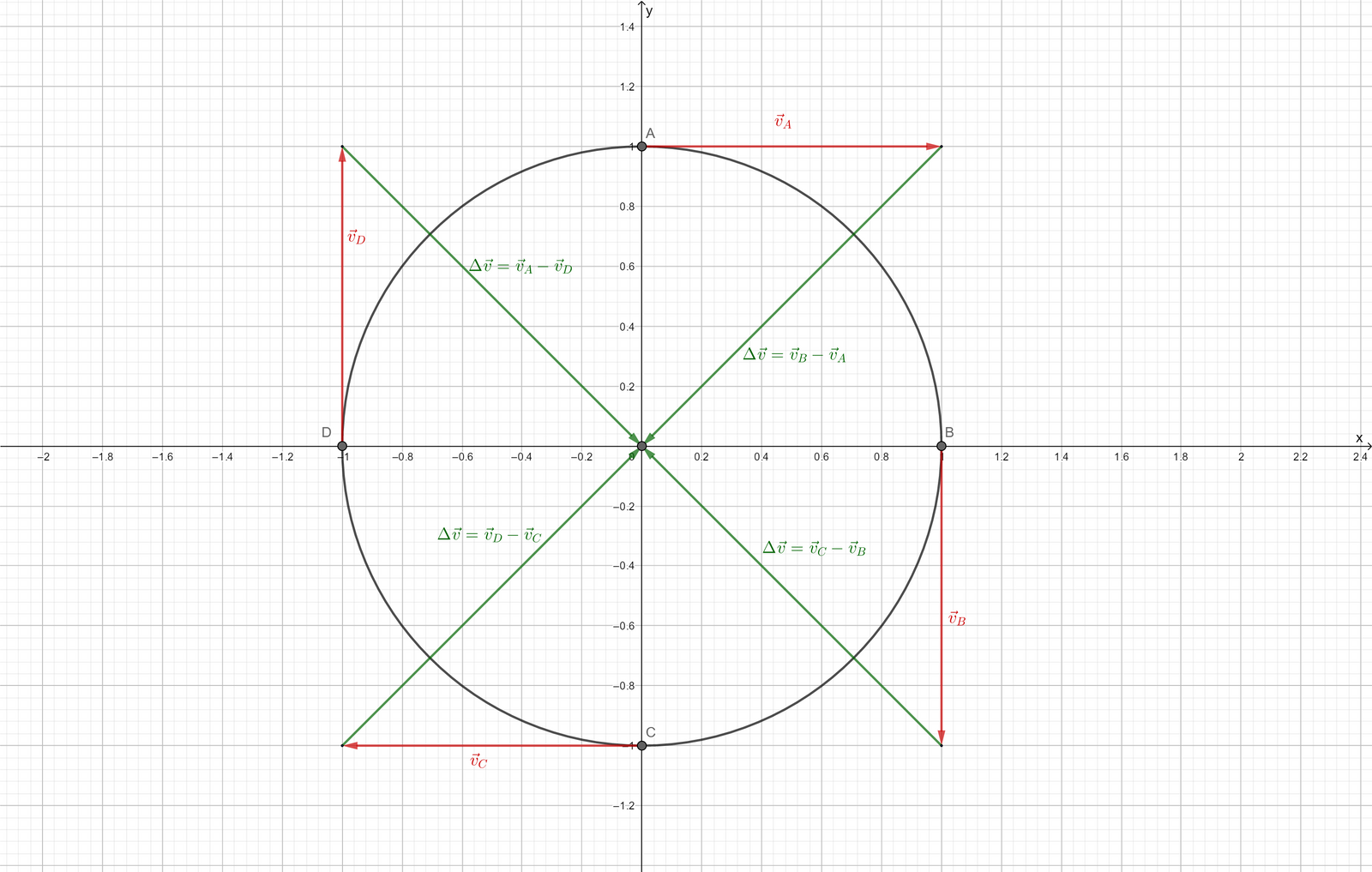 The basic idea to extend the study of kinematics to two dimensions is surprisingly easy: horizontal and vertical motions are independent. Or, in other words, each motion behaves as if the other motion were not present. The TL:DR version of this tutorial is: "Everything works just as it used to in one dimension, including the symplectic integration".

In what follows, we will give a geometrical explanation as to how two-dimensional motion works, the internal computations, using symplectic integration, do not change, however.

Let $\vec{f} \in \mathbb{R}^n$ be a vector. By abuse of language, we will write $f = \lVert \vec{f} \rVert$, if it is clear, from the context, that we are only interested in the magnitude of the force, and not in its direction or sens.

Please note that in the standard plane, vectors correspond to the "points they are pointing to". The position of the object is equal to the "position" of the point "A" in the figure above.

Note that as stated in the introduction, both average velocities are completely independent of each other, or, in other words, we would have gotten the same result, had we computed them separately one after the other. Try it out if you don't believe me.

Geometrically, the average velocity points in the same direction as the displacement vector, while the instantaneous velocity is a vector tangent to the curve of the motion.

Please note that, as before, the vector of the instantaneous velocity shows the direction an object is moving in. The direction $\Theta$, expressed as an angle relative to the $x$-axis, can be computed using the arctangent function: \[\Theta = \tan^{-1}\dfrac{v_y}{v_x}.\]

While computing the square root is no longer as costly as a few years ago, saving some computational time (for free) is always a good thing!

The average acceleration vector $\vec{a}_{avg}$ is the change in the velocity vector over time: \[\vec{a}_{avg} = \dfrac{1}{\Delta t} \cdot \Delta \vec{v}_{avg}.\] Note that an object can accelerate even if its speed is constant, just imagine a car driving in a circle with constant speed:

In the figure above, the car drives with constant speed, but the velocity changes as its the direction of motion keeps changing. Which means that the car accelerates without changing its speed.

I created a primitive Geogebra applet to let you toy around with a particle, called Cosmo, moving around a winding path. Use the slider to move Cosmo around, and see how the velocity and acceleration vectors, computed using the derivative, change. You can use the mousewheel to zoom in and out, and holding the left mouse button allows you to move the viewport. Alternatively, click here, to open the applet in GeoGebra.

As stated in the introduction, nothing really changes when it comes to approximating a discrete solution to the equations of motion. Recall that $x: \mathbb{R} \to \mathbb{R}^2$ and $v: \mathbb{R} \to \mathbb{R}^2$ are the two functions giving the position and the velocity of an object at any moment in time. Let further $\dot{x}$ and $\ddot{x}$ be the derivative and second derivative of $x$, then the equation of motion looks the same as in the previous tutorial: \[x(t) = x(0) + \dot{x}(0) \cdot t + \frac{1}{2}\ddot{x}(t)t^2,\]which once again translate to the same system of differential equations: \[\begin{cases} v =\dfrac{dx}{dt} \\ a = \dfrac{dv}{dt}\end{cases}.\]

As a little demo, I started an alien invasion:

So far the "symplecticness" of the semi-implicit Euler method has really worked out quite well for us. Handling motion, in any dimensions, is totally easy!

In the next tutorial we will learn how to simulate projectile motion! Fire in the hole! 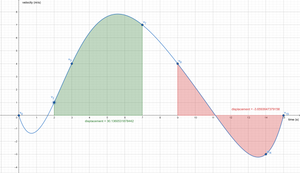 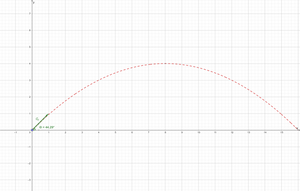