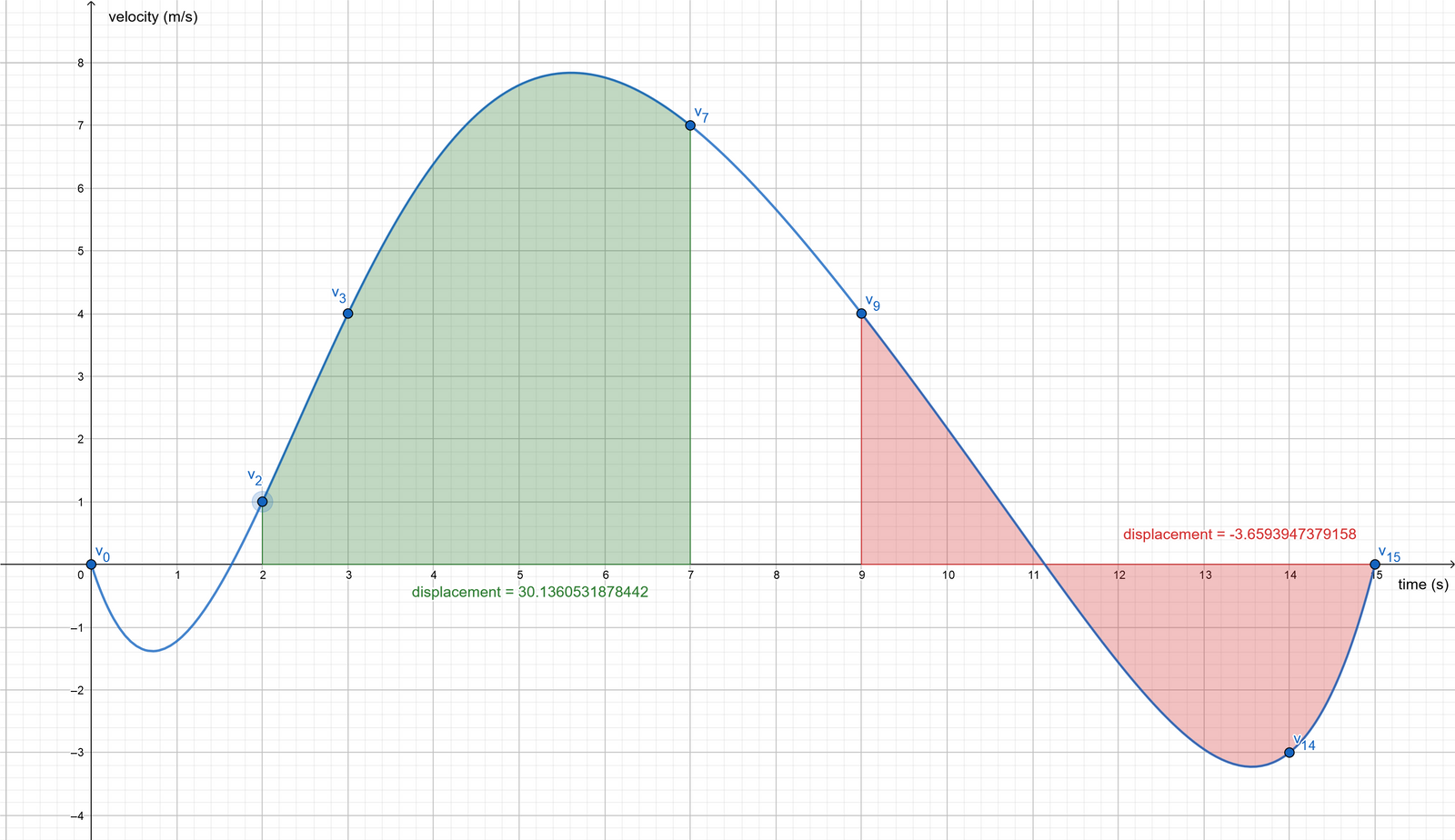 Between the idea and the reality, between the motion and the act, falls the shadow.

The term kinematic is the English version of the french word "cinématique", which is derived from the Greek "κίνημα", or "kinema", meaning "motion", itself being derived from "κινεῖν", or "kinein", which means "to move".

In this tutorial we will learn about one-dimensionsal kinematics, i.e. the motion on a straight line, of point particles. In the following, each time an object is mentioned, the object is thought of as a single point particle.

Imagine going to the computer store, which is, luckily, only $300m$ away, on a straight line, to buy a new GPU and immediately returning home afterwards, once again, on a straight line, then the total displacement is $0$, as $x_f = x_0$, but the distance covered obviously is equal to $600m$. A negative displacement simply means movement in the negative direction, as defined by the coordinate system.

In the figure one can also see that the slope of a line connecting two points is equal to the average velocity during that time interval.

Geometrically, the instant velocity at the time $t$ is the slope of the tangent line at $x_t$:

To be more precise, the instantaneous velocity of an object, at any particular moment in time, can be expressed as the derivative of the position with respect to time:\[v = \lim_{\Delta t \to 0}\dfrac{\Delta x }{\Delta t} = \dfrac{dx}{dt}.\]

A negative velocity simply means that the object is speeding ahead in the negative direction, as defined by the underlying vector space.

Between $t=2$ and $t=7$, the area under the graph of the function $v$ is positive, meaning the object mostly in the positive direction, whereas the area between the graph and the $x$-axis is negative between $t=9$ and $t=15$, indicating a net movement in the negative direction.

Similarly to the instantaneous velocity, the instantaneous acceleration, $a$, at a specific time, can be computed by taking smaller and smaller time intervals: \[a := \lim_{\Delta t \to 0}\dfrac{\Delta v}{\Delta t}.\]

The figure above shows the acceleration as the slope of the tangent at a specific point. One can see that at the peak of its velocity, the object has no acceleration for a brief moment of time (tangent line parallel to the $x$-axis), and the negative slope means a negative acceleration, which corresponds to the object losing velocity, i.e. slowing down.

In the case of uniform or constant acceleration, it is relatively easy to derive simple formulas to describe the motion of an object. In an idealized world, without friction, for example, motion with constant acceleration can be used to model a wide range of everyday phenomena.

The next question to ask is how far an object moves in a given time. Using the same simplification as above, the formula of the average velocity reduces to $v_{avg} = \dfrac{x-x_0}{t}$, thus $x=x_0 + v_{avg} \cdot t$. Since in the case of constant acceleration the average velocity is simply the average of the initial and final velocities, this formula can be further simplified to express the position of an object as an affine function of time: \[x = x(t) = x_0 + \dfrac{1}{2}(v_0 + v)t.\]

Free fall, the motion of an object falling freely under the influence of gravity and gravity alone, is probably the most famous example of motion with constant gravity. Galileo was probably the first to postulate that falling bodies moved with constant acceleration. The acceleration produced by the gravity, $g$, on Earth is about $g:=a=9,81 \dfrac{m}{s^2}$, thus, if $x_0$ is set to $0$ (by moving the centre of the coordinate system, if you are so inclined), the formula to compute the position of an object in free fall after a certain time $t$ is as easy as \[x = x(t) = \dfrac{1}{2}gt^2.\]

By the year 1833, Sir William Hamilton had invented a new theory to reformulate those classical mechanical problems in a more modern way, providing a more abstract understanding of the theory. The main advantage of this new theory comes from the symplectic structure of Hamiltonian systems.

The equations of motion take this form if the Hamiltonian is of the form $\mathcal{H} = T(t,v) + V(t,x)$, where $T$ is the sum of all kinetic and $V$ the sum of all potential energy, which happens to be the case in this situation.

The goal of this tutorial is not to give an introduction into Hamiltonian Systems, but rather to solve the equations of motion, thus, given the initial conditions $x(t_0) = x_0$ (the initial position of the object) and $v(t_0)=v_0$ (the initial velocity of the object), how can the above so-called system of differential equations be solved algorithmically, i.e. how do we compute the position and velocity of our game objects at any given moment in time?

This technique is called semi-implicit Euler integration, named after the Swiss mathematician Leonhard Euler. This integration technique is a symplectic integrator, which means it is well suited to solve Hamiltonian systems, i.e. it also conserves the symplectic form $\omega$, which means that it is able to conserve the energy of the system quite well.

After all that scary talk about abstract mathematics, implementing the semi-implicit Euler method to solve the equations of motions is actually totally easy:

As an example, assume that nine bullets are shot from guns positioned at the left of the screen. The initial positions of the centers of the bullets are stored in an array called "centers", the initial velocities are stored the "velocities" array and the accelerations in the "accelerations" array. The motion of the bullets can then be modeled as follows, just please note that in a game, the position and velocity are obviously measured in pixels, or pixels per second, instead of meters and meters per second - 1 pixel usually corresponds to about $0,000264583 m$:

That's it. All in all, one-dimensional kinematics are rather easy to handle, but the theory behind Hamiltonian systems and symplectic integrators can be a bit intimidating. Just remember to update the velocity before updating the position, and you are all set!

Leave a comment if you are interested in learning more about Hamiltonian Systems and Symplectic Geometry. There are also two interesting books about dynamical systems that I thoroughly enjoyed reading: "Differential Equations, Dynamical Systems and An Introduction to Chaos" by M. Hirsch, S. Smale and R. Devaney, and "Dynamical Systems" by C. Robinsons. 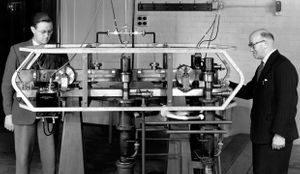 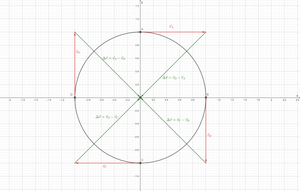