Feedback shift registers, or FSRs, for short, were probably first invented by Solomon Golomb and Robert Tausworthe. This tutorial is but a brief introduction to the theory of FSRs. We will learn, however, how to find the shortest linear FSR for a given binary output sequence.

The simplest and best understood FSRs are the so-called linear-feedback shift register, or LFSRs. The feedback function of LSFRs is a linear map.

Using a linear map, the iteration of the shift registers takes the following form: \[u_n = \sum\limits_{i \in I}u_{n-i}.\] Obviously the operation of such a register is deterministic, thus the seed completely defines how the register works. Likewise, because the register has but a finite number of possible states, it must eventually enter a repeating cycle. Nonetheless, with a well-chosen feedback function, LFSRs can produced long cycles of bits that appear to be pseudo-random.

The Fibonacci LFSR only feeds a few bits back into the feedback function. Those bits that actually affect the next state are called taps. The taps are then XORed, which is equivalent to the addition in $\mathbb{F}_2$, with the output bit and then fed back into the leftmost bit. The information about the taps can be represented using a polynomial in $\mathbb{F}_2[X]$, the so-called feedback polynomial $P_f$. For example, in a 16-bit LFSR, the following polynomial defines the $1$st, $3$rd, $12$th and $16$th bits as the taps: \[P_f = X^{16} + X^{12} + X^3 + X + 1.\]

The following C++-code creates a $16$-bit LFSR with a given feedback polynomial:

The code is rather self-explanatory. The first actual line of code, inside the "do-while" loop, simply takes the bits that are tapped, as defined by the feedback polynomial, and computes their sum by XORing them. The second line then "outputs" the rightmost bit, by shifting everything to the right, and then replaces the last bit of the LSFR by the output of the feedback function just calculated in the first step. Note that by invoking the LSFR with a negative number for "steps", the LFSR will continue to output bits until it has reached the end of its cycle, whose length it will return.

As an example, let us create a LFSR with the polynomial from above:

And here is the output:

LFSRs can be implemented in hardware, which makes them very useful for on-the-field deployment, as they generate pseudo-random sequences very quickly, and this makes them useful in applications that require very fast generation of a pseudo-random sequence, such as direct-sequence spread spectrum (DSSS) radios, for example. One example of a DSSS is the IEEE 802. 11b specification used in wireless networks.

LFSRs have also been used for generating an approximation of white noise in various programmable sound generators.

LFSRs have long been used as pseudo-random number generators for use in stream ciphers, especially in the military, due to the ease of construction from simple electromechanical or electronic circuits. Unfortunately, with their linearity comes a huge weakness. Even just a small piece of the output stream is enough to reconstruct an identical LSFR using the Berlekamp - Massey algorithm. Obviously, once the LFSR is known, the entire output stream is known.

Important LFSR-based stream ciphers still in use nowadays include the A5/1 and the A5/2 ciphers used in GSM cell phones, or the E0 cipher used in Bluetooth. The A5/2 cipher has been broken and both A5/1 and E0 have serious weaknesses.

Now that we know how to construct a LSFR, let us learn how to reconstruct one from knowing an output bit string. The first idea that comes to mind, obviously, is to abuse the linearity of the LFSR. Assume further, that the length of the LSFR is known, then it is clear that a simple matrix inversion is enough to reconstruct the feedback polynomial. The difficulty then is to find the length $l$ of the LFSR.

Enter the Berlekamp - Massey algorithm. Basically speaking, this algorithm starts with the assumption that the length of the LSFR is $l=1$, and then iteratively tries to generate the known sequence and if it succeeds, everything is well, if not, $l$ must be increased. The following explanations follow the original paper of Berlekamp.

Now all that is left to do is to increase $L$, the number of errors, as needed. If $L$ equals the actual number of errors, then during the iteration, the discrepancies will become $0$ before $n$ becomes greater or equal to $2L$. Otherwise the algorithm will accordingly set $L=n+1-L$, which limits $L$ to the number of available syndromes used to calculate the discrepancies. The polynomial $B$ will be reset to a temporary copy of $C$.

In what follows we will derive and implement the Berlekamp - Massey algorithm over the finite field with two elements.

There are a few natural simplifications to the above algorithm when working over the finite field of characteristic $2$. First note that there is no division, thus $\dfrac{d}{b} = d$. Now let $u_0, u_1, u_2, ..., u_{n-1}$ be the bits of an input stream and let $B$ and $C$ be two $n$-dimensional vectors, defining polynomials, filled with zeros, except for their first entry. Further define two variables $L=0$, the number of errors, and $m=-1$. Now the algorithm loops over the length of the input stream. Let $n$ be the looping variable from $n=0$ to $N$:

Without further ado, behold the C++ implementation of the above algorithm:

Now let us test the algorithm with the output from the linear feedback shift register from above:

And here is the output: 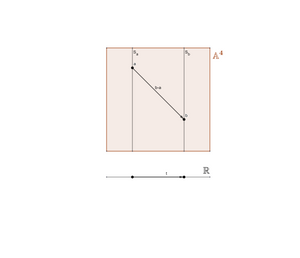