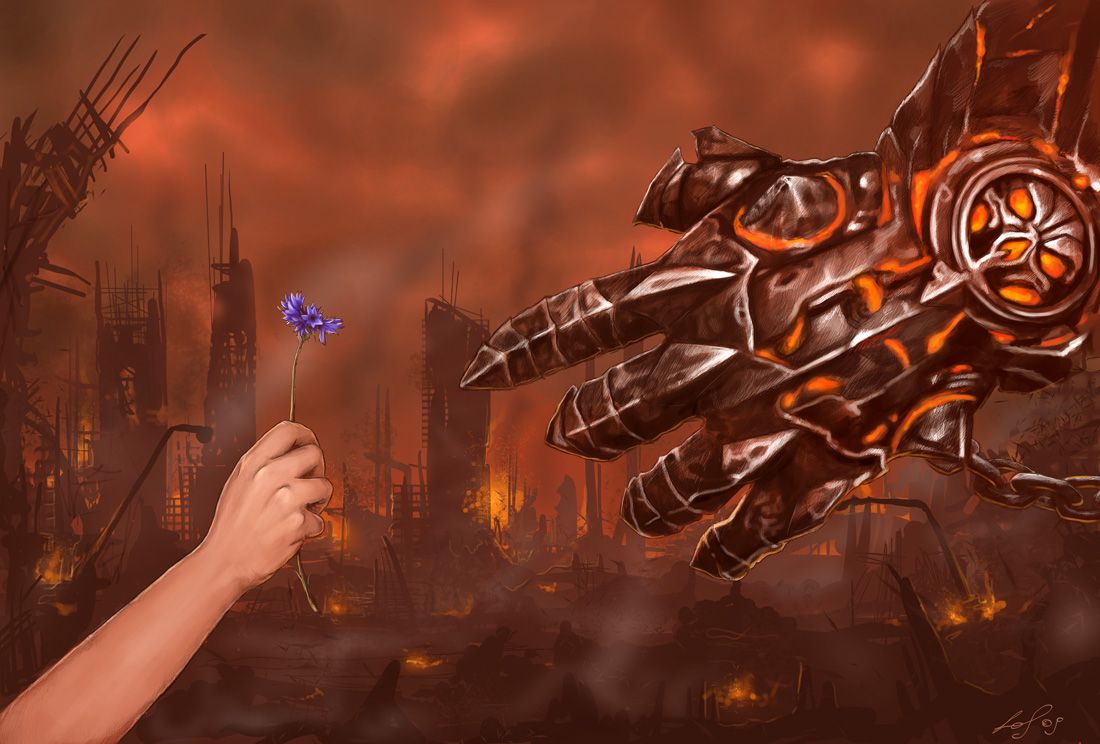 Whenever I think about Earth, I realize how much I miss ... everything.
Even the bugs. They were so much smaller back home.

The 20th century on Earth was often called the century of rapid technological and cultural progression, yet it could not prepare mankind to the giant leaps that would soon follow. With the advance of mathematical prowess and the seemingly unending calculating power of quantum computers, daring physical theories could be tested and, as a result, radical new technologies were invented. Big leaps were made in the fields of cybernetics, gene-splicing and cloning and as technology advanced, so did the population of the earth grow. By the year 2301, the population had grown to an estimated 23 billion people. Some of these new technologies eventually closed the gap between the poorer and richer nations of the Earth, leading, for example, to the final end of communism in eastern Europe. Nuclear weapons quickly became available in abundance for everyone who could afford them. Third-world nations and ruthless warlords quickly rose to challenge the economic and military might of the world's superpowers, shifting the international power structure. The days of peace were gone and uneasy political times were looming on the horizon.

The research in the field of cybernetics was by now years ahead of any ethical essays and questions, as more and more people were augmented with cybernetic implants, militant humanists and religious fundamentalists started to target private corporations who profited from cybernetic and genetic experimentation. All the while a small percentage of Earth's population developed slight physical mutations, ranging from heightened senses to advanced telepathic capabilities. Those dramatic changes in the human DNA caused even more panic among the population. Obviously the unprecedented growth of the population also lead to pollution and the depletion of natural resources and it didn't take long for the first skirmishes for the control over those resources to start. As the first international superpowers crumbled, their core economical systems started to fold. Terrorists happily bombed in to celebrate the start of a new era. Horrific terrorist acts and violence erupted in pretty much every major city, resulting in excessive use of police force around the globe. The capital cities of the western civilization were drowned in rampant civil chaos and ultimately the balance of power exploded into sheer pandemonium. From the chaos a new order arose, the United Powers League (UPL). Founded in 2229, the UPL was yet another incarnation of the vision of unifying humanity, based on the now destroyed United Nations. It happily took on the mantle of the defender of humanity. After the dust settled, the United Powers League grasped control of over 90% of the earth's population, with only a few Latin American states defying the new League. Using harsh and brutal fascist policies, the UPL sought to enforce conformity in the name of enlightened socialism. After eighty years of being in charge, the UPL began to dream of unifying the various cultures of humanity once and for all. With brutal force they eradicated ethnic separation and racism. English was imposed as the primary language while other languages were banned, even in their native countries. If you just care to listen closely enough, the anguished cries of every Frenchman can still be heard today.

Unitariate Commissions, a government organization, began banning religions in 2231 and religion eventually fell under an official ban, resulting in the creation of slums as more and more people tried to hide from this new oppressive government to live out their faiths.

Although the league had banned religion, the UPL embraced the philosophy of the divinity of mankind, scholars arguing that genetic alteration, whether by cybernetics or psychoactive drugs, led to the degeneration of the human species. Eventually, the hard-liners of the UPL passed a law enforcing the eradication of unnecessary cybernetic implants and genetic mutations from the human population - they were determined to do anything necessary to make sure humanity would tempt the corruption of those diabolical new technologies.

Like the Inquisitions eight hundred years ago, the UPL called for the purification of humankind. A genocidal crusade started the UPL's final solution to the matter of cleansing humanity of its degenerate facets. UPL armies invaded every nation on Earth, killing at sight hackers, synthetics, cybernetically enhanced, techies and criminals of every kind. Courtesy of the state controlled media, the general populace remained ignorant of the true scope of the genocide being perpetrated. Project "Purification" lasted for nearly eighty years, resulting in the planet wide execution of over four-hundred million people. Ironically enough, the UPL, at the same time, succeeded in advancing other technologies and they started a new Space Exploration program, building upon the American, European and Russian space agencies of the 20th century, which had previously been abandoned due to drastically reduced budgets. With the help of cryogenic hibernation and warp-drive technology, humankind gained the ability to travel amongst the stars. Within forty years the UPL founded colonies upon the moon and many other planets of the solar system.

Doran Routhe, a brilliant young UPL scientist, was obsessed with founding colonies on the worlds beyond the solar system. He was convinced that the discovery of new minerals and fuels on the outer worlds would make him one of the most powerful men on Earth. He had not taken part in the "Purification" project, but found it convenient for procuring prisoners to create a colonizing force. Through his political connections Rourke secured fifty-six thousand prisoners that were slated to be executed. Planned to send them off to colonize outlying worlds, he had them prepared for long term cryogenic hibernation.

By the year 2231, Routhe had secretly built four huge space carriers, the Nagglfar, the Sarengo, the Reagan and the Argo, equipped with experimental warp engines, and loaded the prisoners aboard. The ATLAS was installed on the Nagglfar and the navigational computer was programmed to travel one year through warp space to the far away star system called Gantris VI. The ships were also loaded with enough supplies, like fertilized eggs, embryos and cloning technology, rations, and hardware to help the colonists survive once they awoke in their new home. 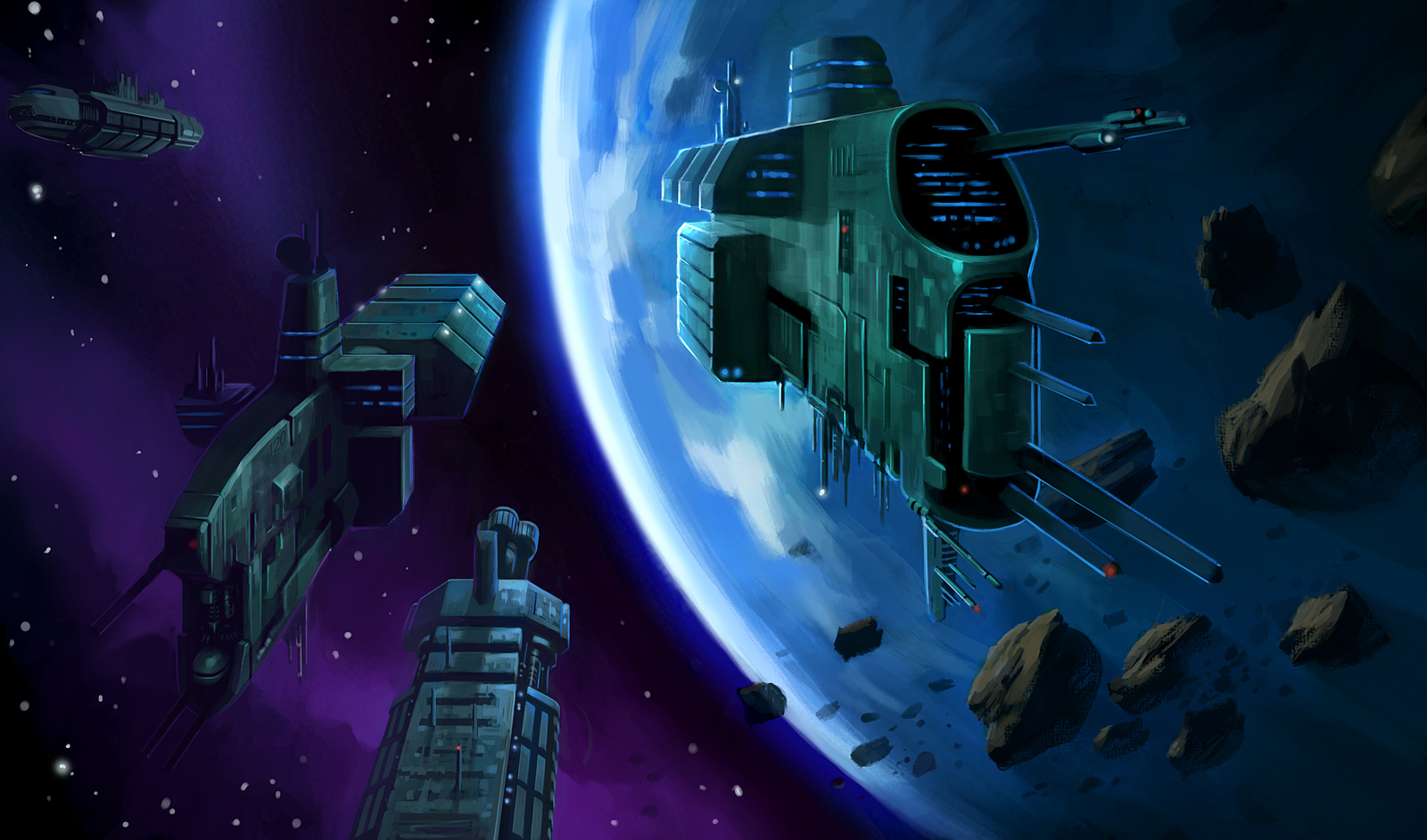 Everything seemed to work perfectly well, but even Routhe could not have imagined that the prisoners would be launched to their almost certain deaths in the galactic outer rim ... 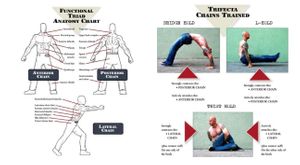