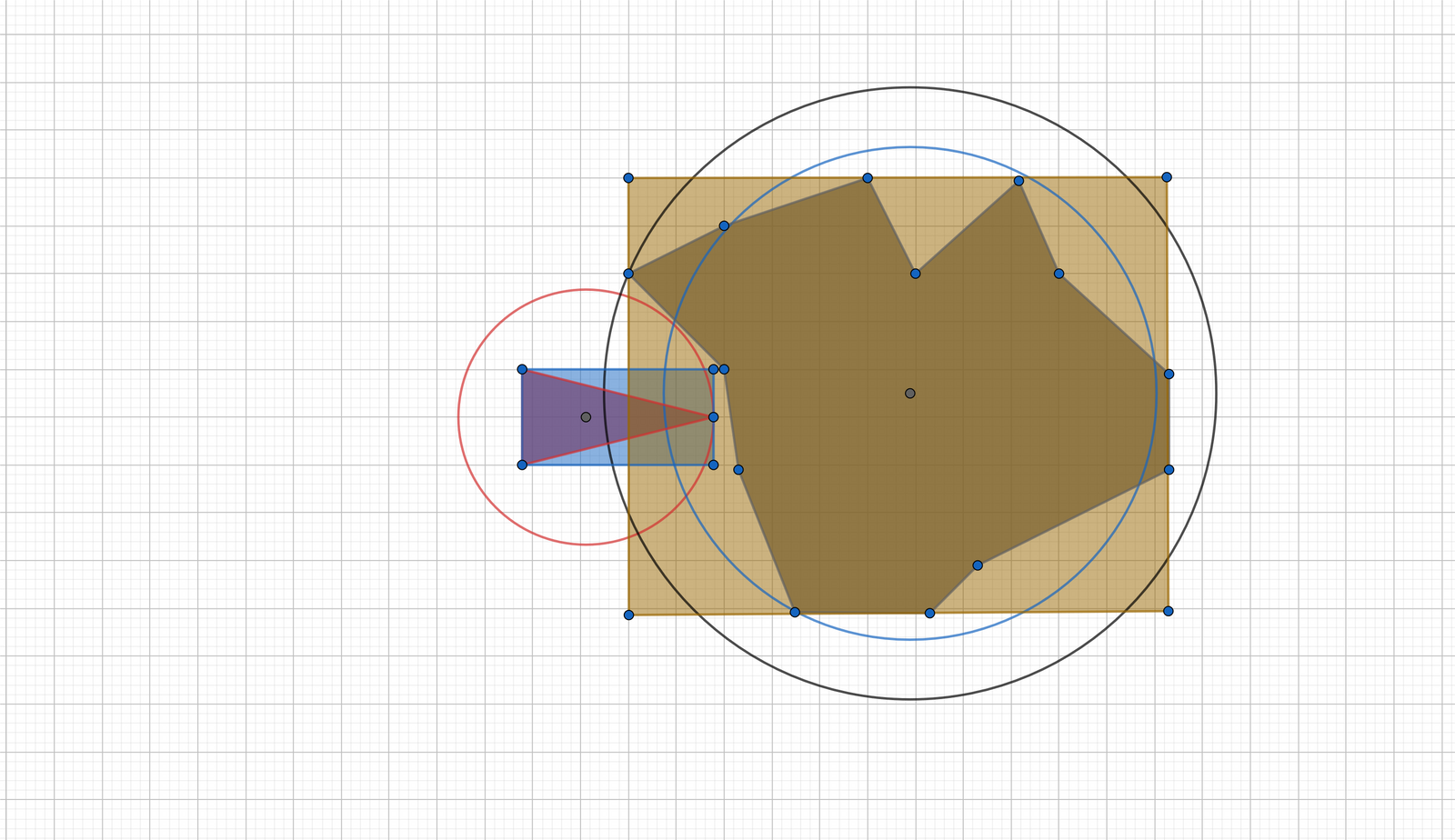 In many games it is important to be able to detect when certain game objects collide with eacher other. In this tutorial we will learn two different ways to tackle the collision detection problem with polygonal objects.

A first and rather naive method to test whether two polygons are intersecting, is to embed each polygon into a circle, that is, each polygon is assumed to have an average radius and if these radii overlap, the polygons are said to collide. As an example, look at this space ship from the Empire racing head-on against a strange asteroid:

As you can see from the above figures, putting a circular bounding box around polygons will lead to the detection of collisions when there are none:

as well as missed collisions:

Bear in mind, however, that on earlier hardware, the square root computation took a lot of time. If you want to program a game for older hardware, have a look at the "Fast Approximate Distance" article, by Rafael Baptista, which explains how to approximate the square root function by a linear combination of the minimum and maximum functions.

Checking for collisions is now as easy as testing a single equation: Let $d$ be the distance between the centroids of two polygons and $r_1$ and $r_2$ their respective radii, then the two polygons collide if, and only if, $d \leq (r_1+r_2)$.

Please note that in light of the discussion about fast distance functions, it is very often not even necessary to compute the actual distance between two points. For example by squaring the above equation, one gets: $d^2 \leq (r_1+r_2)^2$, thus eliminating the need to compute the square root at all. This is a very practical trick to keep in mind, the "square distance" is very often much more favourable to work with than the actual distance between two points:

A theoretical, and naive, bounding sphere collision detection algorithm between two polygons would thus look like this:

As seen above, approximating a polygonal object by a sphere doesn't always work very well. Another approach would be to approximate the polygon by a rectangular box containing the entire polygon. To do so, computing the four edges of a rectangle, by finding the furthest reaches of the polygon, is enough:

From the above figure one can conclude that bounding boxes can offer a better approximation as bounding spheres, simply due to their geometrical shape being closer to the shape of most polygons. Both failed collision tests with the bounding sphere algorithm from above would be avoided by the bounding box test in this case:

False positives are still a nuisance, however:

In C++, the code to compute a bounding box is straightforward:

Thus to detect collisions with bounding boxes, it would now be sufficient to, for example, test any of the four corners of a box against another bounding box, or, if time permits, by using more clever methods. We won't cover any of these in detail, however, until in a later tutorial.

The easiest method is to test for those cases where two bounding boxes definitely can't intersect, i.e. let $B_1$ and $B_2$ be two bounding boxes, then it is clear that there can't be any intersection if, and only if $B_1$ is at the left, top, right or bottom of $B_2$: 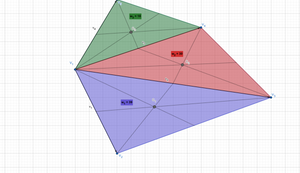 The Centroid of Convex Polygons 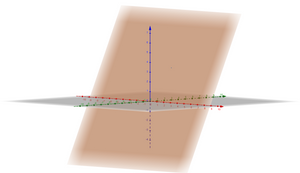